This post, 16th June 2014, features three photographs of wooden jigsaws commonly known as children’s examples, due to their small size. 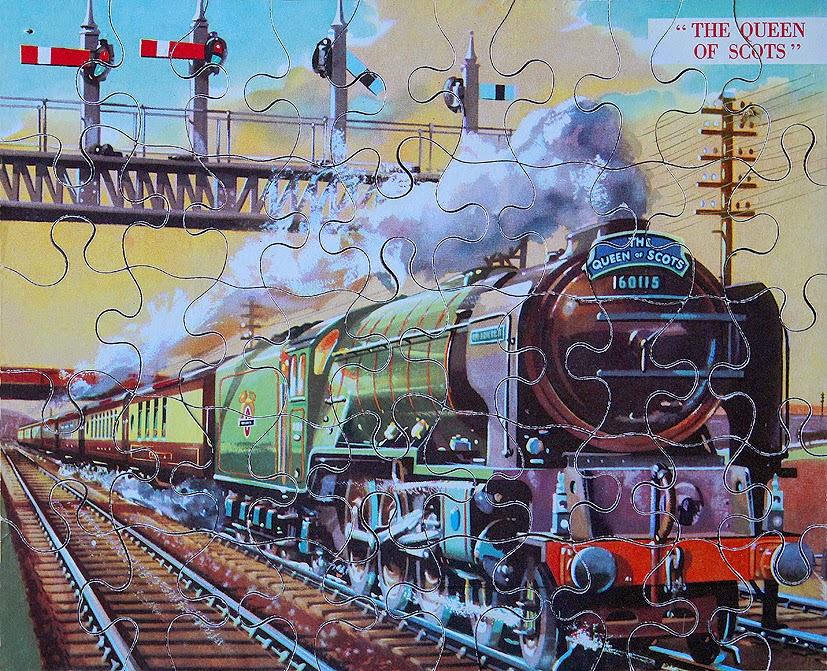 The ‘Queen of Scots’ luxury Pullman service originated in 1928 (formerly the Harrogate Pullman). The service ran from London Kings Cross to Glasgow Queen Street, via Leeds, Harrogate and Edinburgh Waverley, on the London & North Eastern Railway (LNER). An excellent jigsaw of ‘The Queen of Scots’ (headboard with definite article) is the Philmar wooden example of 50 pieces. At the head of the train is the Peppercorn ‘A1’ class 4-6-2 No.60115 Meg Merrilies. The jigsaw is titled The Queen of Scots. 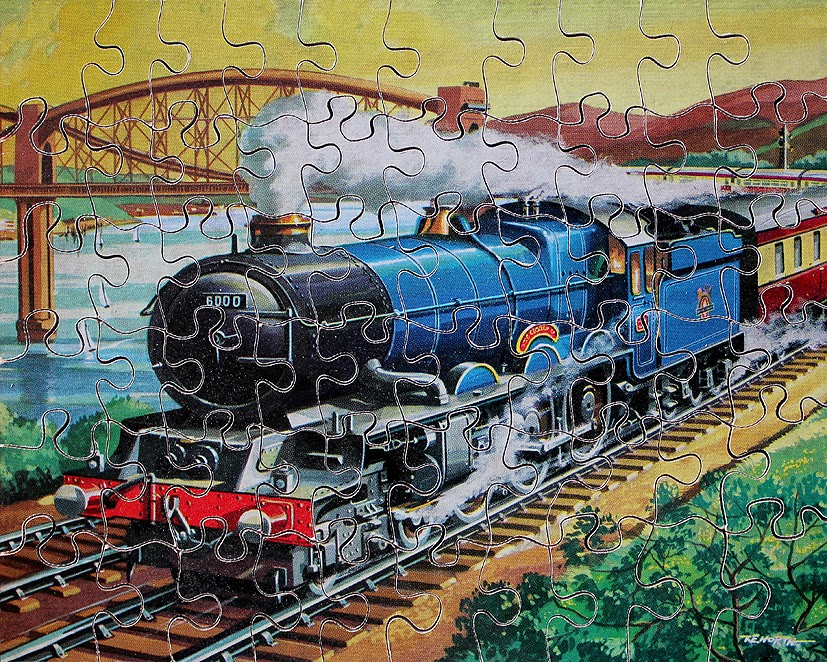 This picture of a Victory 60-piece, wooden jigsaw features two GWR icons – ‘King’ class 4-6-0 No.6000 King George V and the Royal Albert Bridge at Saltash. The locomotive hauling the 'Cornish Riviera Express', (also the title of the jigsaw) is liveried in BR passenger blue. The BR logo, known as the ‘cycling lion’ can be seen on the tender, dating the picture to c1948-1956. The artist was T. E. North

A BR ‘Standard’ class ‘8’, 4-6-2 locomotive, No.71000 Duke of Gloucester is pictured next in this Ponda wooden puzzle of 54 pieces. The title of the jigsaw is the West Coast Postal, a famous mail train operated by the LMS between London Euston and the Scottish cities of Glasgow, Edinburgh, Perth and Aberdeen.
Posted by David at 18:00